Think Sustainable – Or how we saved ourselves > MUR 100K per year 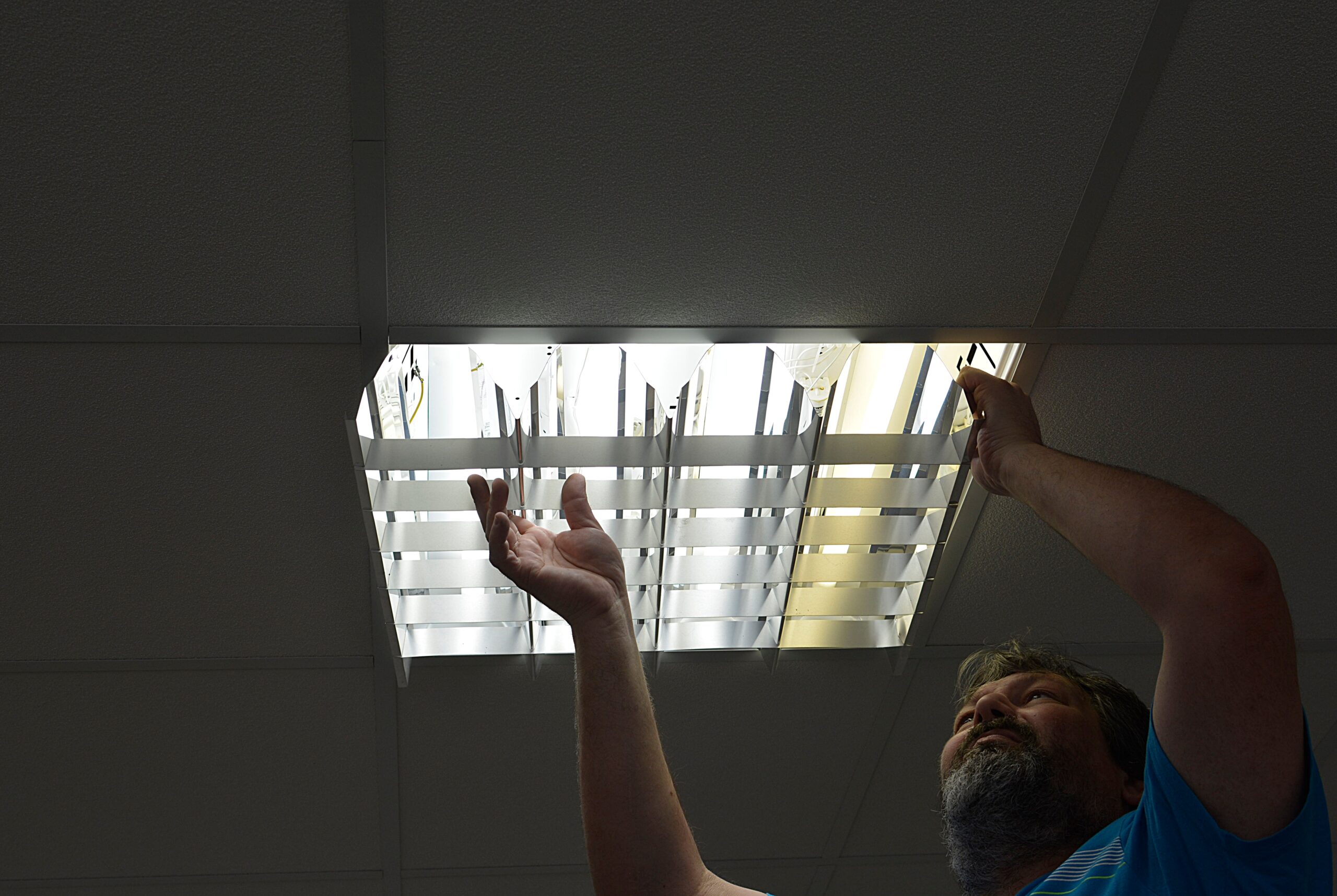 Back in January, we moved into a new office, and inherited a whole bunch of stuff from the previous tenant, including a bunch of neon fluorescent lamps making up the office lighting. Wisdom has it, we got quite a great deal, as we didn’t have to invest into much of the stuff that makes moving into a new office so expensive. I mean, we had good false ceilings, lighting, electrical, air con, negotiated new flooring, etc. Or was it ?

My engineering / bootstrapped business founder brain started churning on how to :

So we started to look for :

And so, we set out on a mission, and we bought ourselves 2 SONY KD-65X8000H (ENERGY LEVEL RATING A) from our partners at ICONIC.mu ( for whom we built the website, we love returning favours 🙂 ). You know, these are the entry-level SONY TVs with Apple AirPlay built-in ( most our staff are on MACBOOKS and use iPhones ), meaning :

So not the cheapest choice, but the smartest I would say, saving us money in the long-term, and reducing waste when those low-cost devices break down.

We also got a SHARP fridge from galaxy.mu, along with a whole bunch of other Energy Rating A and A+ appliances, that would again save us a whole bunch of rupees over the years in energy consumption and repair / replacement costs. ( we also built and host their website by the way 😁 )

We then moved in, and were pretty much happy with ourselves. Until…

There was still something that felt not quite right in my mind. You know the saying, “if it ain’t broke, don’t fix it” ? Well, you remember the bunch of neon fluorescent tubes we inherited ? They were kind of at the back of my mind all that time, and kept popping up when one, then 2, then 3 tubes starting burning on me ( I think we were the 3rd tenant moving into that office, those tubes had done their time ).

So we replaced them as they burnt, but more kept starting to flicker, until one day I’ve had it, and thought of replacing everything. But I don’t do anything before doing a thorough research about all options ( pretty of an overkill you would say for stupid neon tubes ). But I wanted to replace them with LED tubes. So I started to research options.

Turns out, although they look the same, LED tubes and neon tubes don’t work the same at all. Long story short, neon tubes rely on a ballast ( which in itself consumes a lot of power ), and LED tubes rely on a driver. And at first glance, going LED would mean replacing all the 25 fixtures we had, on top of the 100 bulbs, to provide the necessary drivers. At MUR 5,000+ per fixture, that would be MUR 125,000 + the bulbs + labour + creating a whole bunch of waste of stuff that “ain’t broke”, so it didn’t go through my mind.

But then, after some more research, turns out, there were another type of LED tubes that had an internal driver, and would just need rewiring the fixture to make it work. So, for the sake of saving the environment, I talked to my electrician, who turns out to be quite honest about it, and instead of trying to sell me a whole bunch of LED specific fixtures and an expensive transformation project, agreed to work with the type B LED tubes with the internal driver, redo the wiring, and save me a whole lot of money ( and waste, as nobody these days want to get those old neon fixtures ). Total cost of the project ? MUR 10,000 😁 instead of 100,000. A good deal you’d say?

Wait for the best part !

And I didn’t even count the savings made by choosing only A / A+ electrical appliances, and aiming to move everyone on Apple M1 energy efficient processors with their Macbooks, thus phasing out all our old power hungry PCs and UPS devices.

So basically, by wanting to be more comfortable in the office, making everyone happier with new toys, and wanting to have a nice audio-visual experience ( we can all relate to that headache at the end of the day, listening to the “trebblious” sound system of that noisy co-worker ) and by wanting to implement as many sustainable solutions as possible, by the time all these investments get amortised, we actually saved ourselves > MUR 500,000 worth of electricity bills over the next 5 years, and I don’t know how much cost of repairing low-cost faulty equipment + Loss of productivity of failing devices waiting for new ones to arrive

Well worth thinking about our planet and our happiness at the same time I would say 🙌 ! .

GWS Technologies has been named a 2022 Google Premier Partner

SEO VS SEA : The value of SEM ADVERTISING in today’s market place.